Defensive Tactics:
When you get to cover you are still in a fight! 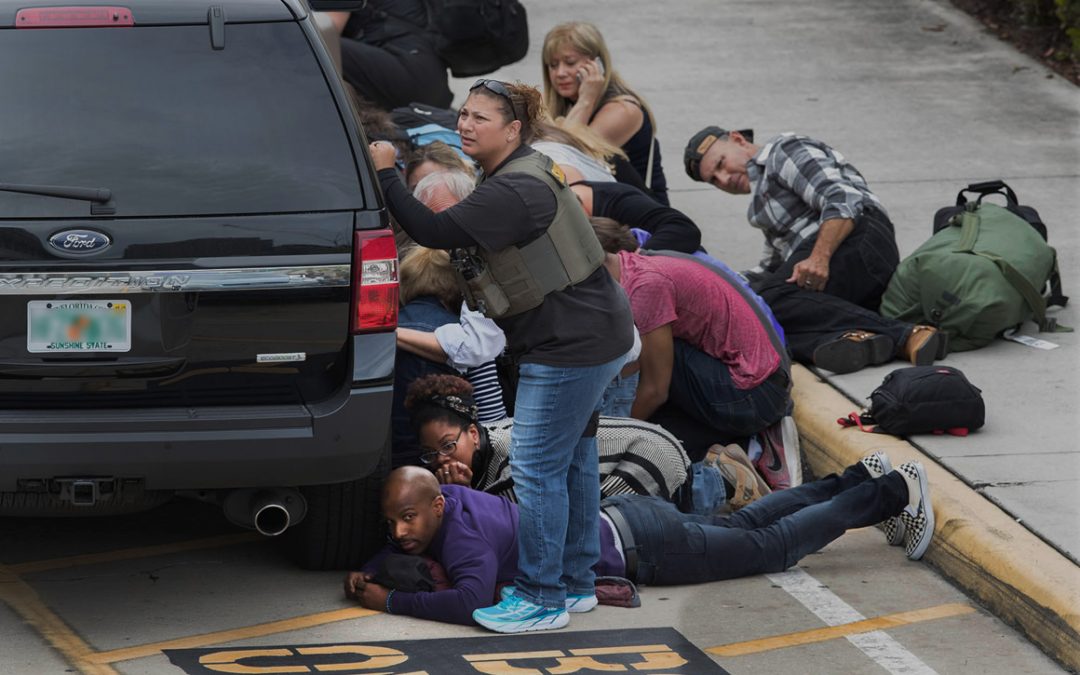 One sound defensive tactic that surely all of us are aware of is getting to some concealment or (even better) cover when someone is shooting at you or in your vicinity. Doing so makes good sense because you’re a less viable target if the attacker can’t see you. Moreover, mounting a defense from the relative safety and partial concealment of hard cover is far better than doing so while standing in the open.

To increase your chances of survival in an active shooter situation you must first understand the difference between concealment and cover and then know what to do once you get to either one of them. These things are vital because in the event you’re compelled to seek concealment or cover due to gunfire you are still in a fight for your life once you get there! Your survival likely depends on knowing what benefit—if any—you have gained and then how to exploit that benefit before it disappears. Because the moment you arrive behind cover or concealment, its value typically diminishes every second you’re there. Without deliberate action to exploit the value of your potential advantage, it could be that you’re merely waiting to die later rather than sooner.

The difference between concealment and cover is, on the surface, pretty simple: concealment merely hides you from view, while cover shields you from gunfire.

In some active-shooter situations, hiding behind simple concealment may be the best option for some folks, whether that’s behind a short aisle of product in a convenience store, behind clothing racks in a department store, or in a room or closet of an office or school. One problem with concealment is that in a life-threatening situation concealment will not protect you from bullets that are being fired toward your location. Even if you’re in another room, bullets from almost any firearm will penetrate many simple sheetrock walls and are still deadly after passing through a few of them.

One other problem with simple concealment is that if all you’re doing is hiding, the shooter need only discover your location to completely evaporate your advantage and take your life.

One odd lesson one can glean from security footage of armed attackers and public gunfights is that the average criminal and defender in public both tend to treat concealment as cover in these violent altercations. When someone who is being shot at finds concealment from their attacker, the shooter almost never continues to fire through the concealment to try and hit their victim. I tend to believe this is due to two primary factors: 1) these criminals and armed citizens are seldom trained in gunfighting and have no point of reference for how to proceed when their target disappears from view, and 2) most of this type of footage depicts petty thieves, where the criminal is shooting only at those who are interfering with them or those who are not yet scared away and might interfere with them in the moments to come.

Even with these accounts from crime footage, as intelligent, responsible citizens we must not train ourselves to discount the important differences between concealment and true cover. By the same token, we should not rely on the ineptitude of our attackers.

Cover, too, is a visual barrier, but in addition has the quality that it cannot or is unlikely to be penetrated by bullets. Common examples include a thick concrete wall, the corner of a brick building, a car’s engine block, or an earthen hill.

Note, that the degree to which something qualifies as cover varies depending on the type and caliber of round being fired at you. For instance, cover from pistol fire is not necessarily cover from rifle rounds. Therefore, the quality and potential of cover is always contextual.

Concealment and Cover for Armed Defenders

As mentioned before, cover and concealment are not just for getting behind; you must then USE it to improve your position and/or tactical advantage, along with your chances of survival.

So what do you do once you get there?

The answers depend on quite a few factors, but one issue that is fairly consistent to all scenarios is that the assailant and everyone else in the vicinity are likely not just standing still. So remember that when you get to cover or hide behind some concealment, the situation that you can no longer see will continue to evolve. This may include the attacker advancing on your position because he saw you duck behind cover! That would be an example of why the value of your concealment diminishes by the second once you get there. This horrible video from the 2016 sniper attack in Dallas, Tx shows just how quickly the advantage of cover can disappear (Caution: it’s an immediately violent and disturbing video).

As for the specifics of what you might or should do, I’m going to be deliberately terse and vague from here on out because 1) context will dictate what is appropriate and there’s no way to touch on every possible tactic, and 2) you cannot learn this stuff from an article; this one or any other! You learn this stuff by receiving relevant instruction and then practicing what you’ve been taught on a continual basis. There is no substitute. I’m writing this article merely to illustrate just how much most of us have to learn about these issues.

Now, depending on context, once you reach cover it may or may not be a good idea for you to draw your weapon. Your survival may depend on your ability to return fire and stop the threat, but having a gun in your hand could greatly increase your danger if, say, police officers or other armed security are on site or imminent. Even another armed defender could perceive you as a threat if you have a gun in your hand where people are getting shot. So choose wisely and know how to best respond to various situations in this context.

If you do draw your firearm, remember that even though this is a violent and dangerous situation you must maintain proper safety protocols: muzzle in a safe direction, finger off the trigger unless your sights are on your intended target. Moreover, now that you are under threat it is VITAL that you exercise precise target discrimination (Rule #4): you don’t just shoot the first person to come around the corner to where you’ve taken cover!

Note that if you point your weapon at any well-trained civilian gunfighter—with or without deadly intent—s/he is going to drop you like a sack of potatoes. So if you don’t want to needlessly take the room-temperature challenge, know how to practice good discrimination and how NOT look threatening/criminal while holding your firearm (This stuff is complex and difficult! Take many classes.).

If you’ve already fired your weapon in defense, behind cover/concealment is a good place to reload (you do carry spare magazines, don’t you?). Even if you’re down even just a couple rounds, exchanging for a fresh mag is always a good idea if you have a moment.

If your concealment/cover affords you a view of or path to an exit, escaping the scene without being seen by the attacker(s) is likely the way to go. Logic makes clear that when it comes to gunfights, not being in one is always the best defense.

If you cannot escape from your concealment, best to quickly prepare your defense, including:

Remember that if you are being targeted as you get to cover, your assailant is doing things to improve his/her position, too. They’re not just waiting to see what happens. Work to achieve specific goals that negate their deadly actions.

Know when to move away from the cover and when to crowd your cover; yes, there are times when crowding is beneficial.

The overriding point to remember is that once you get to cover or concealment you are still in a fight! So when you get to concealment, know that you are eminently vulnerable and need to take immediate action to save your own life. When you get to hard cover, you are less vulnerable, but you must still exploit your momentary advantage in order to survive…before your advantage evaporates.

Learn and train on specific tactics for specific circumstances. Learn what works and what doesn’t. Learn how distance from cover can give you a visual advantage over one who is closer to the barrier (It’s true!).

These skills are forged in training, under the tutelage of good instructors. Make sure that in addition to your gun-handling-skills classes you’re also taking tactical gunfighting classes. Regularly. And practice what you learn on a continual basis so that in the unfortunate event you are caught in a deadly situation, you have experience from which to call on viable survival tactics.