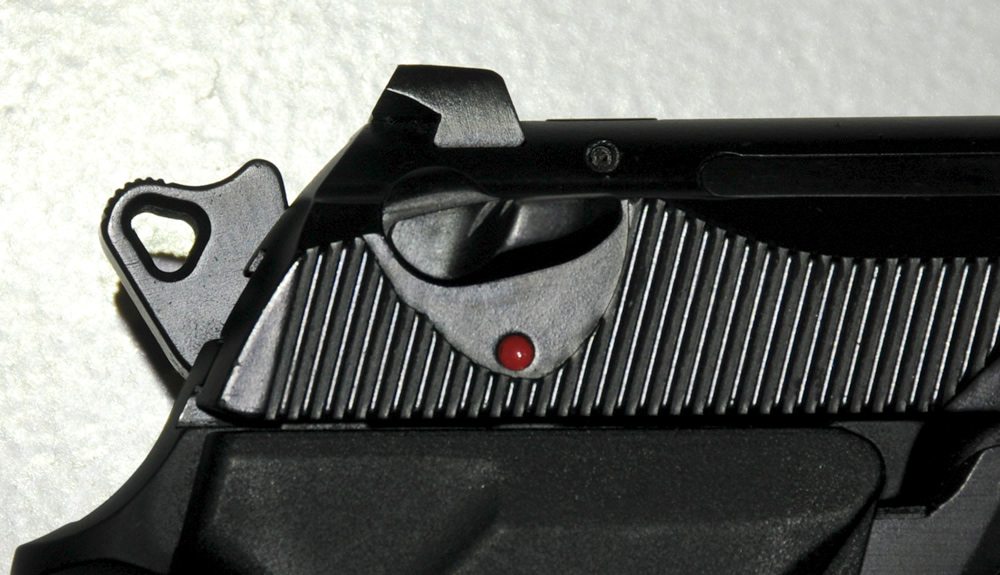 We didn’t have firearms in the home when I was growing up. We did, however, spend part of every fall season at my grandparent’s cabin for deer and squirrel hunting. I don’t recall any handguns, but there were plenty of rifles and shotguns there at the cabin and in my grandparent’s and uncles’ homes when we visited. Not just lying around, mind you, but accessible in gun racks and cabinets. So guns were never objects of mystery to me in my childhood.

Note: The views presented in this article are my own and do not necessarily reflect the views of the owner and staff at Eagle Gun Range.

I was not taught any formal 4 rules of firearm safety, but I was taught their essence. Very early on, both my parents and grandparents impressed upon me that these guns were to be left alone when not hunting and otherwise treated as deadly weapons because, “every gun in the house is loaded and the safety is off.”

I didn’t necessarily understand then why my family kept the safety lever set to “off” on all of the loaded guns, but I grew up with the understanding that I was wholly responsible for being safe when handing guns, and not that the guns were safe because of some lever setting. In other words, I learned at an early age that safety was all about how people handled firearms and had nothing to do with levers or switches or load condition. It’s possible that this lesson saved lives; no one in my family ever accidentally harmed themselves or anyone else with a firearm.

Accidentally? There are no firearm accidents.

Every firearm “accident” has human negligence as its cause. As such, it is misleading to refer to a shooting as accidental, since that phrasing is a lie that no one was directly at fault. Every so-called “accidental shooting” is nothing less than felonious negligence by the one holding/controlling it.

The root of the phrase “accidental shooting” comes from applying relevance to the irrelevant belief that either 1) the gun was not loaded or 2) that the safety was on. Neither of these conditions is relevant to firearm safety, yet these are the things irresponsible people rely upon as they injure and kill themselves or others. Instead of developing ingrained, safe habits, too many people become concerned only with a firearm’s condition. “Is the safety on?” and “Is it loaded?” are common questions among untrained and irresponsible people. The answers to these questions do not matter.

Safety levers make people lazy. I have seen this laziness hundreds of times. Safety levers are a tacit permission for unsafe behavior with a firearm, and that gets people injured and killed. I put it to you that, indirectly, safety levers are the leading cause of negligent firearm death and injury. Military-style carbines excepted (and for good reason), I suggest that no firearm should have an external safety lever. Removing them would, eventually, save many lives every year.

So here’s a fact you should internalize:
If you rely on a safety lever to determine or in any way influence your safe handling of a firearm, you are a danger to yourself and to those around you.

A Gun Cannot Be Safe or Unsafe

Quality aside, inanimate objects are neither safe nor unsafe. They are simply inanimate. A person is safe or unsafe. Safety is a human volition or habit and has nothing at all to do with an inanimate object’s condition. And this is important since, unless it’s being cleaned or is an ancient antique, a handgun should be loaded.

These rules, combined, prevent any possibility of unintended harm to anyone or anything with a firearm. Not a single one mentions or relies upon a control lever or the gun’s condition for the measure or standard of safety.

I want to deal specifically with pistols here. Since a safety lever is an invitation to negligence, it is my considered opinion that no pistol should have an external safety lever. In fact a pistol should have, a most, three external operating controls. None of which should be a safety lever. The perfect external control compliment is: a trigger, a slide lock lever, and a magazine release. Some pistols (Springfield XD/m/s, et al) have a takedown lever, which might constitute a fourth external control, but this is not an operational control (for fighting with the gun).

Anything beyond these three operating controls adds needless complexity and irrelevant, life-threatening distraction to the operation of a pistol. Moreover, there is nothing one ever does with a pistol that requires a lever be manipulated in order for the operator to be safe.

The Grip Safety
I have heard too many people describe how they rely on grip safeties to ensure gun-handling safety. As such, these are direct references to negligence or incompetence. The vital 4 rules of firearm safety make no reference and in no way depend upon ANY mechanism or gadget for 100% firearm safety. As with all safety levers, the mere presence of a grip safety is a distraction from actual safety and an invitation to negligence. No pistol should have a grip safety.

I recommend that you dedicate yourself to habitually safe drawing and re-holstering of your pistols under all conditions. Or sell your pistols.

Other than competition use, a handgun is for fighting. Everything about your handgun should be about how it stays operational in the fight and keeps you operating during a fight for your life. There is nothing about that purpose that involves a “safety switch.” It is your responsibility—not the gun’s responsibility—to be safe in or out of a fight.

If you are a concealed or open carrier, responsibility requires that you be safe not just carrying your handgun, but with the entire scope of gun handling relevant to everyday carry:

I hope it goes without saying that being habitually competent with all of these tasks requires a great deal of regular, ongoing training.

Handgun safety is quite simple, but it’s all about your behavior. And in order for it to be reliable, it has to become habitual (something you always do, but never think about). That takes work with lots of repetition; repetition that never ends as long as you own firearms.

If you don’t break any of the 4 rules of firearm safety, there is zero chance of your negligence harming yourself or anyone else. If you do something else and, say, rely on a handgun’s condition or the position of the safety lever as your gauge for safety or safe handing, you’re exhibiting a negligent disregard for safety and tearing at the fabric of safe habits.

My recommendation: do not own and never carry a handgun with any sort of safety lever. There are reasons beyond mere safety for this recommendation, but actual gun safety is reason enough.

The photo in this article is a Beretta 90TWO decocking lever by Praiyachat.