Sen. Dianne Feinstein (D-Calif.)—author of the federal “assault weapon” and “large” ammunition magazine ban of 1994-2004—has announced that on the first day of the new Congress—January 3rd— she will introduce a bill to which her 1994 ban will pale by comparison. On Dec. 17th, Feinstein said, “I have been working with my staff for over a year on this legislation” and “It will be carefully focused.” Indicating the depth of her research on the issue, she said  on Dec. 21st that she had personally looked at pictures of guns in 1993, and again in 2012.

According to a Dec. 27th posting on Sen. Feinstein’s website and a draft of the bill obtained by NRA-ILA, the new ban would, among other things, adopt new definitions of “assault weapon” that would affect a much larger variety of firearms, require current owners of such firearms to register them with the federal government under the National Firearms Act, and require forfeiture of the firearms upon the deaths of their current owners. Some of the changes in Feinstein’s new bill are as follows:

The Department of Justice study. On her website, Feinstein claims that a study for the DOJ found that the 1994 ban resulted in a 6.7 percent decrease in murders. To the contrary, this is what the study said: “At best, the assault weapons ban can have only a limited effect on total gun murders, because the banned weapons and magazines were never involved in more than a modest fraction of all gun murders. Our best estimate is that the ban contributed to a 6.7 percent decrease in total gun murders between 1994 and 1995. . . . However, with only one year of post-ban data, we cannot rule out the possibility that this decrease reflects chance year-to-year variation rather than a true effect of the ban.  Nor can we rule out effects of other features of the 1994 Crime Act or a host of state and local initiatives that took place simultaneously.”

“Assault weapon” numbers and murder trends. From the imposition of Feinstein’s “assault weapon” ban (Sept. 13, 1994) through the present, the number of “assault weapons” has risen dramatically. For example, the most common firearm that Feinstein considers an “assault weapon” is the AR-15 rifle, the manufacturing numbers of which can be gleaned from the BATFE’s firearm manufacturer reports, available here. From 1995 through 2011, the number of AR-15s—all models of which Feinstein’s new bill defines as “assault weapons”—rose by over 2.5 million. During the same period, the nation’s murder rate fell 48 percent, to a 48-year low. According to the FBI, 8.5 times as many people are murdered with knives, blunt objects and bare hands, as with rifles of any type.

Traces: Feinstein makes several claims, premised on firearm traces, hoping to convince people that her 1994 ban reduced the (relatively infrequent) use of “assault weapons” in crime. However, traces do not indicate how often any type of gun is used in crime. As the Congressional Research Service and the BATFE have explained, not all firearms that are traced have been used in crime, and not all firearms used in crime are traced. Whether a trace occurs depends on whether a law enforcement agency requests that a trace be conducted. Given that existing “assault weapons” were exempted from the 1994 ban and new “assault weapons” continued to be made while the ban was in effect, any reduction in the percentage of traces accounted for by “assault weapons” during the ban, would be attributable to law enforcement agencies losing interest in tracing the firearms, or law enforcement agencies increasing their requests for traces on other types of firearms, as urged by the BATFE for more than a decade.

Call Your U.S. Senators and Representative: As noted, Feinstein intends to introduce her bill on January 3rd. President Obama has said that gun control will be a “central issue” of his final term in office, and he has vowed to move quickly on it.

Contact your members of Congress at 202-224-3121 to urge them to oppose Sen. Feinstein’s 2013 gun and magazine ban. Our elected representatives in Congress must hear from you if we are going to defeat this gun ban proposal. You can write your Representatives and Senators by using our Write Your Representatives tool here: https://www.nraila.org/get-involved-locally/grassroots/write-your-reps.aspx

Millions of Americans own so-called “assault weapons” and tens of millions own “large” magazines, for self-defense , target shooting , and hunting . For more information about the history of the “assault weapon” issue, please visit www.GunBanFacts.com. 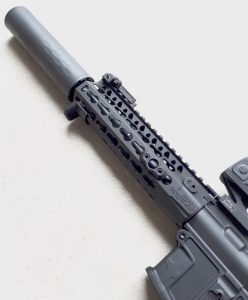 This form needs Javascript to display, which your browser doesn’t support. Sign up here instead