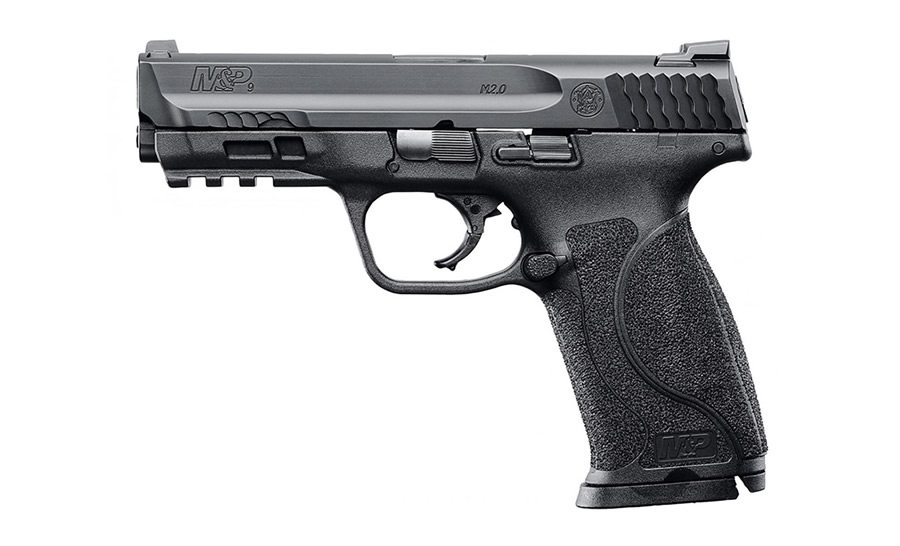 The M&P 9 is one of the more popular handguns for duty, carry, home defense, and even competition. Recently, Smith & Wesson released an update to this pistol, the M&P 9 M2.0. I got to spend some time shooting this updated model over the past month.

The M2.0’s feature updates over the previous model are not giant leaps, but more along the lines of tweaks to the standards established in the original version. Even so, there are some nice improvements here, which I’ll share in this shooting review.

While it’s probably possible to carry the M&P 9 concealed, it is a bit large for that. So the M&P 9 M2.0 is most likely going to be a choice for open carry, duty carry, home defense, or competition. With a 4 ¼” barrel, it’s not exactly a full-size pistol, but not exactly a compact either. It has the same capacity as a Glock 17, but not quite as large and heavy (though it is slightly wider than the G17). So depending on your point of view, it’s either oddly sized or exactly in the sweet spot. Given the M&P 9’s popularity, many people hold with that second sentiment.

I find it hard to recognize and acknowledge anything generally remarkable about shooting the M2.0, but for two features: the grip texture offers increased controllability and the updated trigger is very nice. It’s a much better trigger than that on the original M&P 9.

Components and Features
The M&P M2.0 is the first production pistol ever to have a proper grip texture. This rougher texture is equivalent to a small-point stipple job. The texture allows for better controllability generally and for continued controllability when your hands are wet or bloody. This is a vital feature for every personal defense pistol and it’s about time someone did it right at the factory.

The M2.0’s trigger is pretty great. I’ve heard mixed reviews, but my experience was a trigger that I’d be happy with on any of my pistols. It’s far better than the Glock trigger, anyway. There’s quite a bit of takeup—and maybe that’s what others don’t necessarily like—but then there’s a hint of creep and a nice crisp break. Reset is quite short. It’s easy to find the end of the slack (prepping the trigger is a good skill to have and use) and I otherwise see nothing but good here. Bravo, Smith & Wesson.

The M2.0 remodel shortened the beavertail length a bit from the original model and removed more material from the slide, but the profile is otherwise just like the original model. There are odd, unattractive serrations cut into the lower portion of the front of the slide, but they’re merely cosmetic, as they offer no affordance or manipulation benefit. I think they just mess up the aesthetics.

One interesting update to the frame is that the internal stainless steel chassis now extends almost to the front of the frame. This feature is meant to give the frame added rigidity for, among other things, helping to improve accuracy. It seems like a nice idea and I’d be interested to see actual data on its beneficial effects.

A slide lock lever is present on both right and left sides of the frame and the magazine-release can be reversed for left-handed users. Stock sights are white 3-dot (not night sights) and both front and back are drift adjustable. Otherwise, this updated version is pretty much like the original. You’ll notice a detent forward of the slide-lock lever. This is new and is meant to prevent the slide from releasing home when you slam a magazine into the gun (like the original model was prone to do). Some people will miss this “feature.”

Comfort and Controllability
The M&P 9 M2.0 with the medium-sized backstrap has a grip that is slightly too big, front-to-back, for my medium-sized hands. Though I did not shoot it with the small backstrap, I did replace and handle the pistol with the small one and liked it much better (for me). Other than that I found holding and shooting the gun to be quite comfortable.

Unlike so many pistols these days, the bore axis on the M2.0 is quite low so there’s not a lot of muzzle flip while shooting. The recoil impulse is low and sI didn’t have any problem controlling the pistol while shooting multiple-shot strings. The grip texture was of benefit to overall control. My hand placement on the frame didn’t interfere with any of the controls and I found it easy to get to the magazine release. Overall, it was a fairly satisfactory experience. 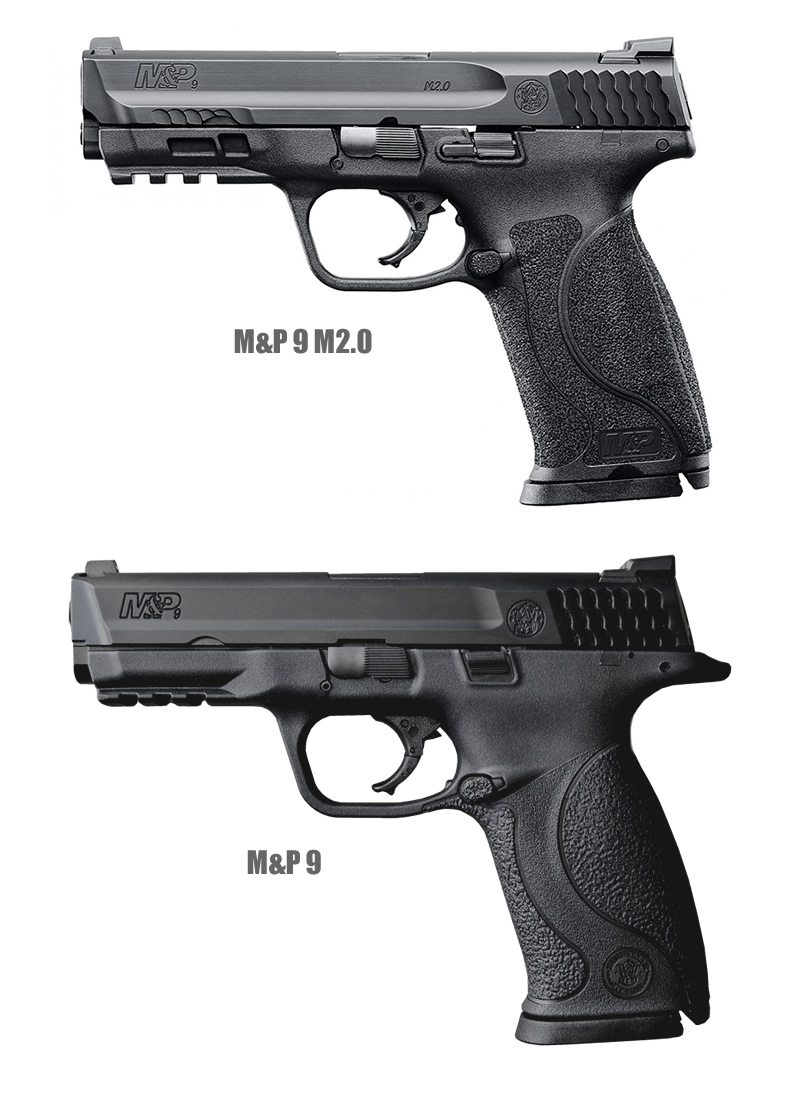 Pros
The grip texture and the trigger are big wins for the M&P M2.0. It’s nice, though maybe compulsory these days, that the backstraps can be replaced for size and comfort. Though I couldn’t tell any difference, the steel-reinforced frame is likely a good idea and at least worth watching for A to B comparison data in the future. Though it has a 17-round capacity, it is not overlarge for a full-size pistol.

Cons
The M&P 9 M2.0 is a bit large for concealed carry, both in grip length and frame width. Those useless and ugly cuts into the forward frame should have been discarded in the design phase. One thing I don’t like that others may not care about is the fact that it is not easy to fully disassemble. There are pins that have to be pounded out in order to completely disassemble the pistol for a thorough cleaning and parts replacement. It should not be so.

Here’s the promo ad for the new pistol:

Ergonomics (****)
The grip angle and customizable trigger reach and grip size are nice, but the grip is not the most ergonomically contoured I’ve seen. The new grip texture is fantastic.

Shootability (****)
This is an eminently shootable gun. Low recoil, little muzzle rise, and a very nice trigger make for a nice experience. If they reduced the amount of trigger takeup, I’d add another star here.

Accuracy (****)
I found accuracy to be excellent out to 15 yards, but had a hard time getting good groups at 25 yards. I can only attribute this to my lack of time behind this gun, but I can get far better groups at 25 yards with my stock frame/barrel Glock 19. I did not, however, do any bench-rest shooting.

The M&P M2.0 is a nice, small step forward for a pretty good pistol. I found nothing spectacular about it, but the grip texture and trigger are quite nice. If you like the M&P line, I expect you’ll like this new one.

If you’re considering this pistol, DO try the various backstraps and DON’T balk at the rough grip texture. You want this texture on any polymer-framed pistol you own. It’s available for rent at Eagle Gun Range. Give it a try!