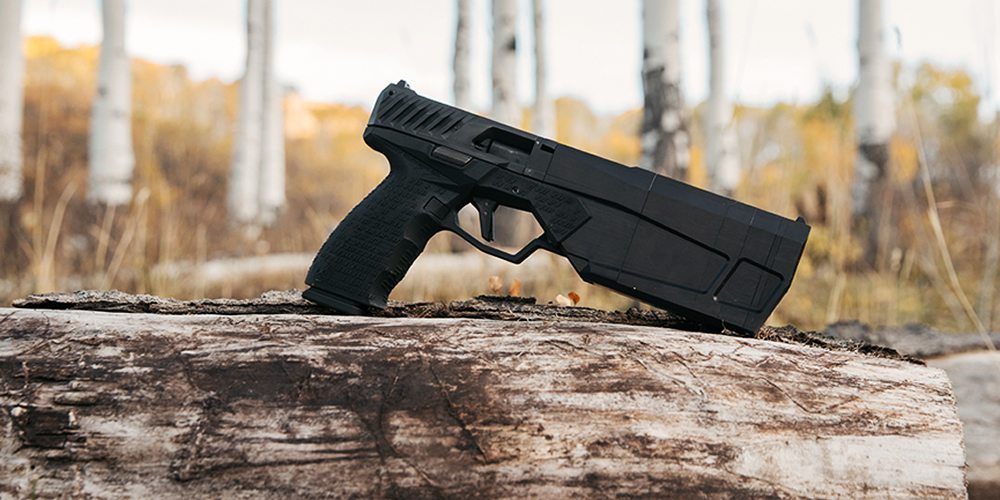 The SilencerCo Maxim 9 is an integrally suppressed 9mm pistol that uses Glock 17 magazines. This is an idea that surely lots of folks have fiddled with for a while, but it took a suppressor manufacturer to get one properly launched. This is not a perfect pistol, but it’s a solid first step; I hope it’s the first of many steps.

Others have kind of beat to death the odd look of the pistol so I won’t. If you’re going to make an integrally suppressed pistol it’s got to have some extra structure going on. I think the Maxim 9 handles this pretty well. While there are some problems here, this is a more than worthy effort and it warrants our attention and probably our money. The pistol is configurable for the size of the suppressor and even at full size is not terribly unwieldy.

Before shooting the Maxim 9 I was sure I was not going to like it at all, but as you’ll see I found plenty to like about it. I’m glad that I got the chance to shoot and evaluate this interesting pistol.

Why Consider the SilencerCo Maxim 9?

The idea of an integrally suppressed 9mm pistol is pretty compelling and the Maxim 9 is a good first production effort. Its practicality takes some consideration, but it’s not at all difficult to imagine good uses for this pistol.

An obvious reason to consider the Maxim 9 is for target practice and general plinking. Being free from ear pro is rather appealing for pretty much anyone. While it obviously is not a concealed-carry candidate, it makes some good sense as a duty weapon. With the proper holster, the benefits of the long sight radius and suppressed firing report could be brought to a context where one seldom if ever wears hearing protection.

Perhaps the best reason to consider this pistol right now is for home defense. Suppressed guns are the best sort of home-defense guns, as they keep you and your family from having to pay a high hearing price for firing inside a home. 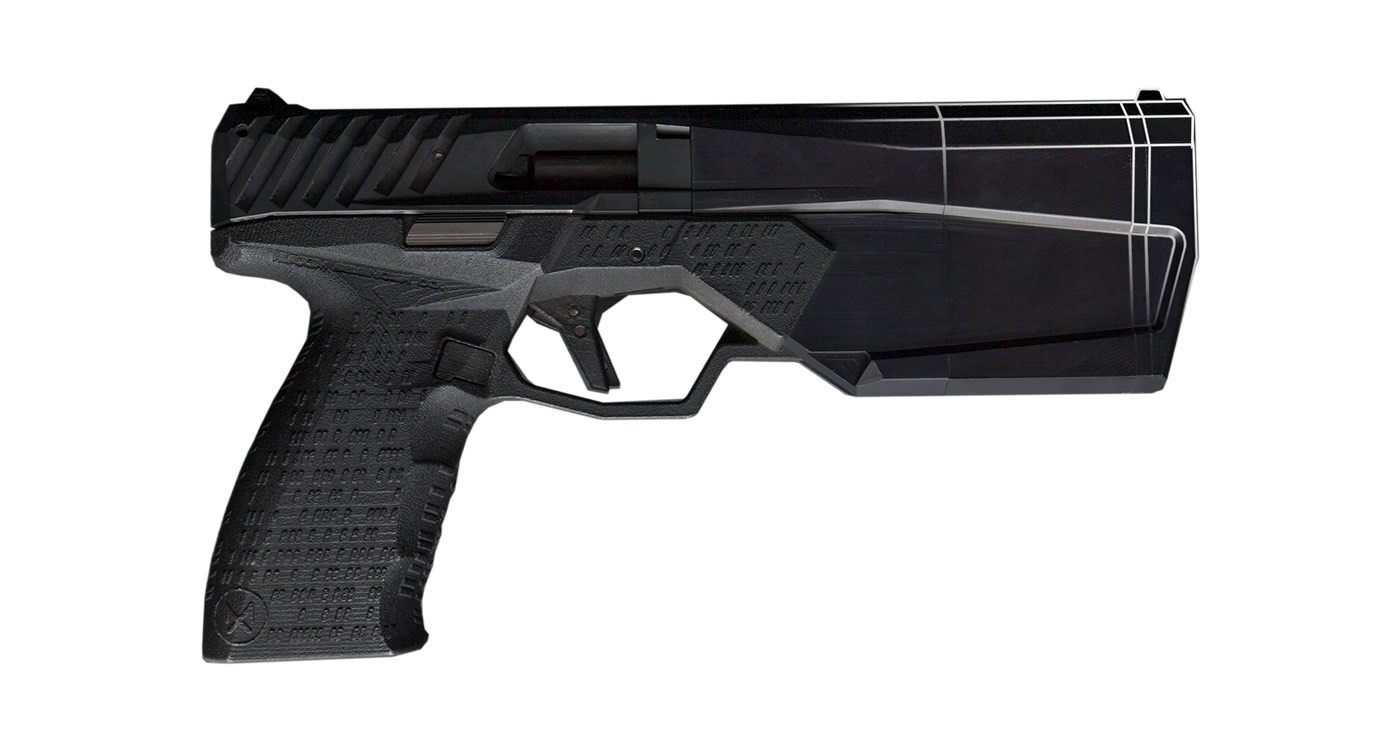 The SilencerCo website has the following stats on the hearing-safe configurations with ammo:

As I was getting ready to shoot the Maxim 9, the first thing I noticed was that the slide (kind of a half slide) was easy to rack. Also the slide serrations are very sharp and easy to get a grip on. Only the portion from the ejection port back moves, which likely helps explain the next thing I noticed: almost no recoil.

Shooting the Maxim 9 is like shooting a .22 pistol. The recoil impulse is veeery soft and combined with the suppressed firing report makes it hard to believe you’re shooting a 9mm pistol. I immediately got the sense that I’d like to shoot this pistol all day! …Except I could not shoot it for more than 100 rounds, as by around shot number 70 I could not properly grip the pistol. Everything forward of the trigger guard was far too hot to touch, so I was basically shooting the last 30 rounds of that first day one handed. I had both hands on it, but my thumbs were not on the frame. Apparently, turning the “frame” into a suppressor has consequences.

That trigger tho! The Maxim 9 has the worst trigger I’ve ever felt on a striker-fired semi-auto pistol. The takeup is gritty and stuttering and the reset, while quite short, is almost impossible to feel or hear. It’s a long trigger press and a very short reset, but the quality of both is pretty awful. Good thing this pistol has several redeeming qualities. It’s possible that the trigger will smooth out after a couple thousand rounds, but I hope there’s a mechanical way to address the press action and the reset.

I found the sights to be okay, but I never saw any dots on them. They’re tritium night sights, but the dots are quite small. No worries, though, as it was just like shooting blacked-out sights; which are just fine. But maybe consider replacing these guys with Truglos or Trijicons, as they use Glock format sights.

The first time I shot the Maxim 9 it was very dirty. The suppression blowback helps keep a lot of the gunpowder residue in the gun, which quickly gums up the internals and slide rails. My first time shooting the Maxim 9, the pistol experienced 4 or 5 instances of a failure to go into battery. I chalked this up to the grime. I later shot the Maxim 9 after a good cleaning and experienced no malfunctions of any kind. So it seems that this is a gun you’ll have to keep clean and clean more often than other pistols.

The grip of the SilencerCo Maxim 9 is well shaped, but it has odd contours. The contouring looks pretty rough, but I didn’t feel anything disagreeable. It’s a good full grip and the reach to the trigger was comfortable for my medium-sized hands. Racking the slide, while easy, involves gripping the extra deep and extra sharp serrations. They’re pretty vicious, but they work very well. I wish some other companies (hello Glock!) would pay this kind of attention to their slide serrations.

Controllability is a dream. The Maxim 9 is the softest-shooting 9mm I’ve ever had to pleasure to operate. It literally feels like you’re shooting a .22 target pistol, but the gun for all its size is not perceptibly heavy. The shooting softness is likely due to the suppressor, the fixed barrel, and the fact that only half of the slide reciprocates with each shot.

The SilencerCo MAXIM 9’s frame is glass-filled polymer and the matchup with the forward baffle structure is very good; almost looks like one piece. The frame has an odd-looking texture, but it’s fairly effective for grip. The baffles have an outer shell of aluminum, but the internals are stainless steel. You can configure the baffles for a short and long configuration, simply by removing one of them. The suppression quality varies by doing so, but it’s nice to have the choice.

The 4” barrel is fixed, so it does not move with the action. That’s another bit of recoil impulse movement nicely removed from what you’re used to. The controls are almost ambi: there is a slide-lock lever on both right and left sides and the magazine release control is reversible. The trigger is not curved and has no safety rib in it, so it’s a long, flat, straight trigger that would otherwise be a nice feature if not for the terrible action.

The top of the baffles/slide is drilled for a red-dot sight. That’s an interesting and I think good stock feature choice by the manufacturer. The sights are 3-dot tritium and they’re compatible with Glock replacement sights, if you desire to replace them. The Maxim 9 uses Glock 17 magazines, so it’ll be easy and relatively inexpensive to get more.

The feature I find most odd is the fact that the bottom of the baffle structure is milled with keymod slots as the accessory affordance. One wonders why they didn’t just go with a picatinny rail, but perhaps that would have added more weight than they wanted.

Pros
The sound suppression at full size is pretty darned good and it’s configurable to allow you to choose better suppression or a smaller package. The extended sight radius naturally helps with accuracy. The Glock replacement sight and magazine compatibility are a welcome boon. The extra-mild recoil impulse is excellent and the easy-racking slide will have lots of fans, making the Maxim 9 easy for just about anyone to operate and shoot well. The fixed barrel will likely have a positive effect on accuracy and the pistol’s overall longevity.

Cons
At nearly $1,500, this is a very hard pill to swallow—especially considering that there will be a $200 tax stamp in addition to the purchase price. The Maxim 9 has about the worst trigger I’ve ever felt on a semi-auto pistol. Note that this is not a pistol you can use for lots of continuous reps in training. It gets hot fast and after 75 or so rounds is pretty much too hot to hold properly. As with all suppressed guns, be sure to keep your mouth closed, as there is gas face and you don’t want to be eating that acrid stuff. Finally, keymod slots?

So for rating the SilencerCo Maxim 9…

Shootability (***)
The Maxim 9 is super easy to operate and the long sight radius and soft recoil help make it a highly shootable gun. It’s pretty much like shooting a .22 pistol. Awful trigger, though.

Ergonomics (****)
The grip is well shaped if not perfectly contoured, and the pistol feels good in my hand. Despite the big, long structure out front, the pistol is still pretty wieldy.

Accuracy (****)
I found it very easy to be accurate with this pistol. Surely the fixed barrel helps in that regard.
The long sight radius helps and the mild recoil makes getting sights back on target a breeze.

The SilencerCo Maxim 9 is an interesting pistol-and-suppressor combo that warrants some attention. As the first of its kind (that I know of), it’s a worthy effort and the result, even with its faults, is not bad. This is a good plinker and an excellent home-defense gun where, combined with the right ammo, will save the hearing of you and your family should you ever have to use it indoors.

I want to see SilencerCo continue to innovate and try some different configurations, especially to try and mitigate the heat buildup in key grip areas. Oh, and fix that trigger. In the end, you should give this one a try. Rent it and put a few rounds downrange. I’ll bet you’ll be impressed. Maybe start saving your dollars now, though.