Shooting With Both Eyes Open 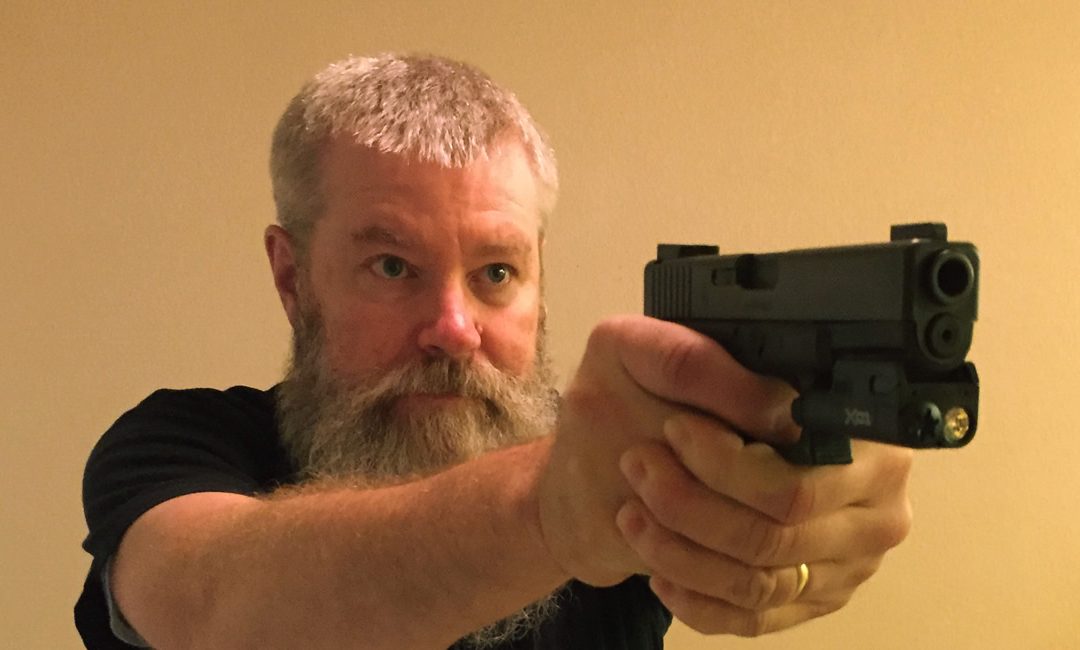 When any of us first starts shooting we make a point to close our off eye so that we can have a clear sight picture. That clear, unambiguous sight picture is vital at this stage because we typically have no trained mechanics or muscle memory to assist with our effort to shoot accurately. What’s more, most of us are unaccustomed to unconsciously or even consciously directing our focus into one eye while the other eye remains open.

All of this is to say, there’s a bit of a learning curve to proper defensive firearm technique (of which the eyes are just one component).

This process won’t be easy and you will continually find yourself wanting to cheat. The good news is that it’s okay to cheat. It actually helps.

You’ll first want to know which of your eyes is dominant. There are a few well-documented ways to figure this out, so I won’t go into that here. Go figure it out then continue reading. 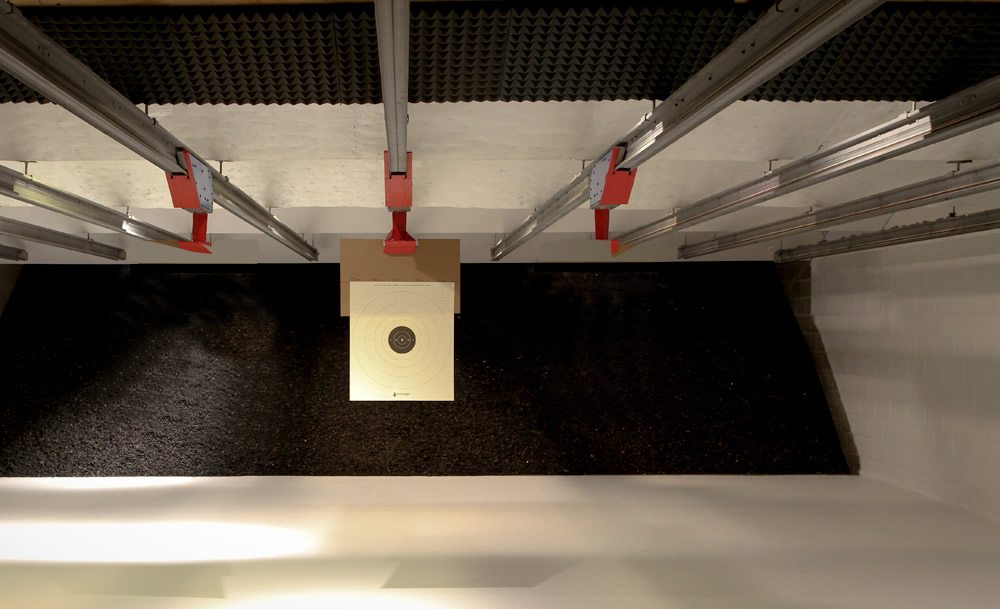 Next, step up to the line with your pistol, take aim as usual, with your off eye closed and your finger taking the slack out of the trigger, then open your off eye and note the sight picture. With both eyes open, depending on what your focus habit is (front sight or target), you will have either two targets or two pistols in view, but only one properly aligned sight picture.

As shown in the images below, if your focus is on your front sight, you will have two targets in view. In this case, the target you should aim at is the one on the side of your dominant eye (right target if you’re right-eye dominant). You can confirm by blinking your off eye.

Conversely, if your focus is on your target, you will have two pistols in view. In this case, the proper sight picture will be with the pistol opposite your dominant eye (left pistol if your right-eye dominant). You can confirm by blinking your off eye. 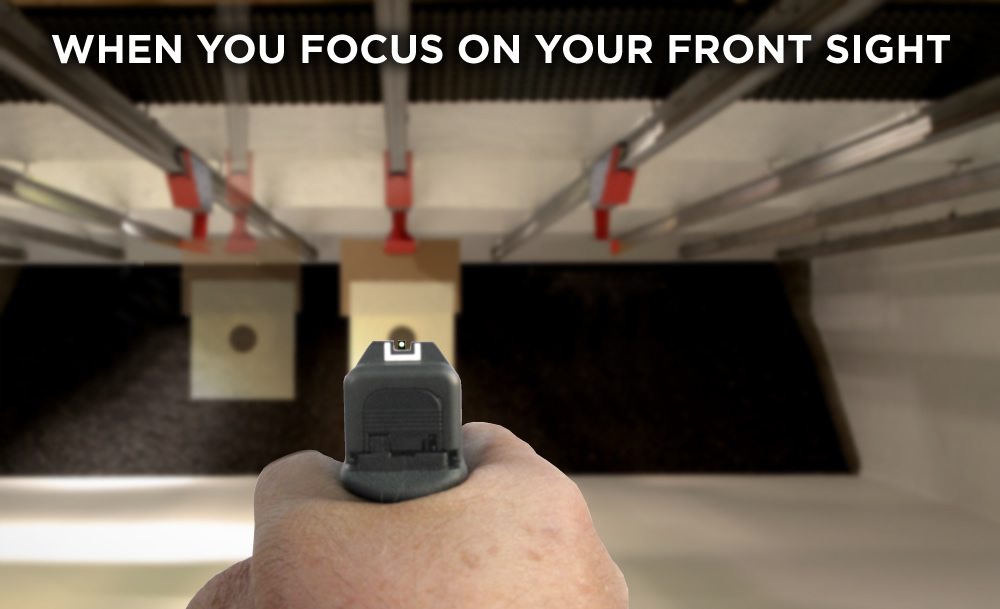 Note: The photos above are representative of a right-eye-dominant view.

Now, close your off eye and then open it again, all while keeping your sights on target and your finger on the trigger. Break the shot with both eyes open and while concentrating on the proper sight picture. Repeat this process roughly 50 times.

You’re on your way!

Even so, don’t expect to transition from a one-eyed shooter to a two-eyed shooter in one day. Give the process some time.

Now, when you go back to the range or while you’re doing dry-fire practice at home, use the second method. Instead of blinking to confirm every time, try only doing so when you lose track of the proper sight picture. In other words: when you find yourself losing focus, cheat.

In time, you’ll seldom have to blink to confirm your sight picture, as your brain learns to focus exclusively on the proper sight picture. Start today and resolve never to backslide to shooting one-eyed again.