What the Second Amendment Actually Protects

The Second Amendment to the U.S. Constitution does not protect guns. It does not even protect the right of the people to keep and bear arms. Rather, the only thing the 2nd Amendment protects is tyrants from armed patriots. I’ll explain in more detail in a moment.

Contrary to what one may hear from time to time, the Second Amendment did not create the right of the people to keep and bear arms; neither the government nor even the founders bestowed it upon us. The 2nd Amendment’s inclusion in the U.S. Constitution merely recognized the preexisting, unalienable human right to arms and self-defense already possessed by every responsible human being. It was and is component to natural rights, as the only tangible means to ensure and preserve them.

Like others detailed in the first ten amendments to the U.S. Constitution, the 2nd Amendment was the founders’ mechanism for articulating with specificity a right held by and reserved for the people, into which the government could not intrude and upon which the government could not infringe. Unlike the others in the Bill of Rights, the 2nd Amendment even goes so far as to explicitly remind the government that it may not infringe upon this right of the people. That last is an interesting point and makes one wonder why.

As students of history know, there was great disagreement between the Federalists and the Anti-Federalists on the point of specifically articulating individual rights in the Constitution. The Federalists held that a Bill of Rights was unnecessary because the people and the several states hold any powers the Constitution do not prescribe and enumerate specifically for the federal government. The Anti-Federalists believed that without the specification of certain rights, the federal government would tread and infringe upon individual rights despite the explicit and general reservations and segregated powers already described in the Constitution.

Turns out, both sides were wrong. 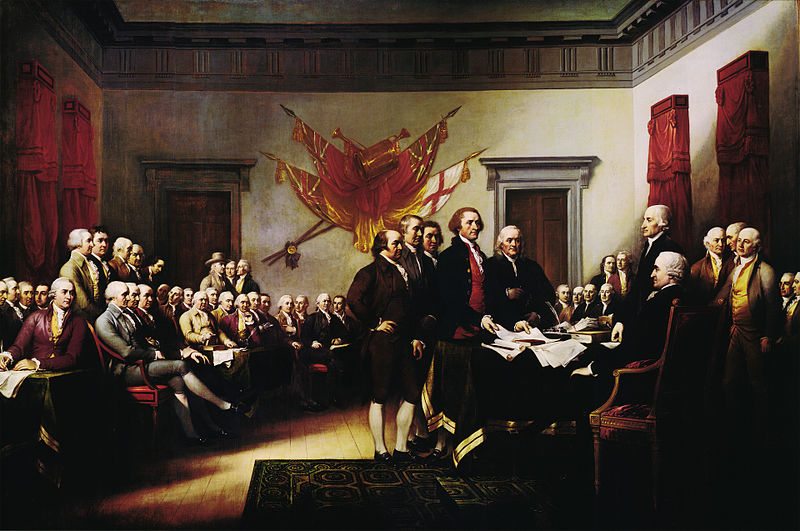 Since that time, even with the explicit specification of certain rights, individual politicians, states, and even whole federal departments and branches have seen fit to infringe upon individual rights as a matter of course; always with some concocted justification. Today, individual-rights infringements have become compulsory and our government increasingly sees individual rights as mere suggestions or as weak tea it can consume as it sees fit. One, then, wonders if our founders did their job well enough.

The Only Purpose of Government

As detailed in our Declaration of Independence:

“We hold these truths to be self-evident, that all men are created equal, that they are endowed by their Creator with certain unalienable Rights, that among these are Life, Liberty and the pursuit of Happiness. — That to secure these rights, Governments are instituted among Men, deriving their just powers from the consent of the governed, — That whenever any Form of Government becomes destructive of these ends, it is the Right of the People to alter or to abolish it, and to institute new Government, laying its foundation on such principles and organizing its powers in such form, as to them shall seem most likely to effect their Safety and Happiness.”

As rightly recognized there, our rights come not from men or governments, but from our Creator. And so the only moral purpose of government is to secure and defend our unalienable, individual rights. Therefore, a federal government that 1) acts outside of the enumerated powers of its particular branch and/or 2) fails to secure and defend individual rights…or worse, works to erode, infringe upon, or destroy rights, has failed in its only moral purpose and has outlived its usefulness to civilization.

Our founders were well acquainted with the proclivity of men in government to abuse and corrupt their offices and institution. Not surprisingly, then, our founders detailed and consecrated the dire consequences of such circumstances, as well as the moral duty of the people when confronted by them. Again from our Declaration of Independence:

“Prudence, indeed, will dictate that Governments long established should not be changed for light and transient causes; and accordingly all experience hath shewn, that mankind are more disposed to suffer, while evils are sufferable, than to right themselves by abolishing the forms to which they are accustomed. But when a long train of abuses and usurpations, pursuing invariably the same Object evinces a design to reduce them under absolute Despotism, it is their right, it is their duty, to throw off such Government, and to provide new Guards for their future security.”

These are powerful, perhaps even scary words, yet they are the core of Americanism. These are words and ideals every American must take to heart and hold sacred, else they spend carelessly their patriotic inheritance and risk living and perishing as a slave. No matter how scary they may be, these words and ideals are component to American citizenship. Without them, American citizenship is held in vain; an act of sarcasm or contempt. Most Americans have long lived free from having to act upon their convictions on these points, but I fear that time is passing. I fear we may each be tested in earnest in the years to come. And sooner rather than later.

Our founders were compelled to “throw off such Government.” “[…] it is their right, it is their duty…” This was the primary right exercised in the creation of our free nation; a right reserved for the people. That right, a natural right, is impossible without the possession and use of arms. This is why that right to arms is singular among all others recognized in our Constitution as the one with an explicit (in addition to implied, moral, and inherent) prohibition on infringement. 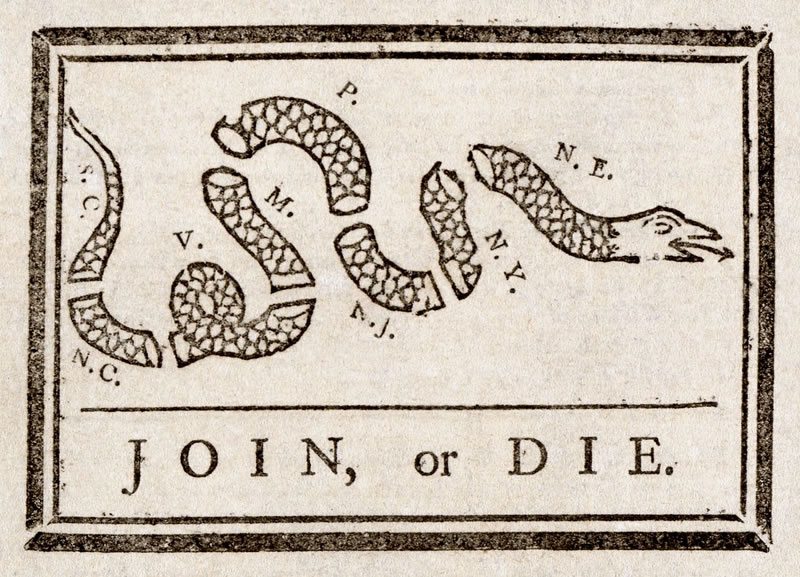 In this absolute respect, the 2nd Amendment is again unique among those in the Bill of Rights. But it is still a God-given right and not something created by the text. Were the 2nd Amendment removed from our Constitution, it would have no effect upon the right of the people to keep and bear arms because men may not take away what God has given us. Such things may only be abandoned. However, it would have an effect on the federally recognized legality of keeping and bearing arms. Removing the 2nd Amendment would merely be the government declaring that individual rights will no longer be tolerated. That’s despotism.

Which opens a whole new can of worms.

If the federal government were to strike down and remove the 2nd Amendment from the Constitution, that act would constitute a declaration of war by the government upon individual liberty and the people of the United States. It would mean the moral imperative of a new American revolution.

The government having initiated force against the people, the people would be within their objective, God-given, natural rights to respond with force. As our Declaration of Independence cites, doing so is not just a right, it is a duty.

The Safeguard of Lives and Individual Rights

Given these facts, the only thing the 2nd Amendment to the U.S. Constitution protects are the lives of politicians, bureaucrats, and other would-be tyrants from the millions of armed citizens who will kill them if they try and remove or render moot official recognition of this unalienable human right. The 2nd Amendment is their safeguard and our reassurance. In fact, one can accurately say that the 2nd Amendment is a life preserver for the government. If that amendment is removed, our representatives and statesmen transform themselves into overt tyrants and surely nothing will be able to save them in the ensuing torrent.

Over the past few weeks I have watched and listened to with mild amusement the sound bites, article discussions, and social-media discourse over the details of this idea presented in far more euphemistic a manner. Therein, many have expressed dismay and outrage at the notion that Americans would respond with force to the legal cancellation of their individual rights. The hypothetical of a violent response to such an attack has been mostly characterized as extremism or even treason. It makes me wonder that so many Americans understand neither what is at stake nor their patriotic obligations to themselves, their families, and fellow countrymen in the face of actual (as-yet-hypothetical) treason by tyrants in the federal government.

I do not wish for and sincerely hope we can avoid an all-out war of the people against members of the judicial and/or legislative and/or executive branches of the federal government, but that choice is entirely in the hands of our representatives and statesmen. Should the government attack our rights and, in-deed-if-not word, declare war against us it is war we must and shall have because individual rights are not negotiable.

The singular right that allows individuals to preserve their individual rights is recognized in the 2nd Amendment to the U.S. Constitution. 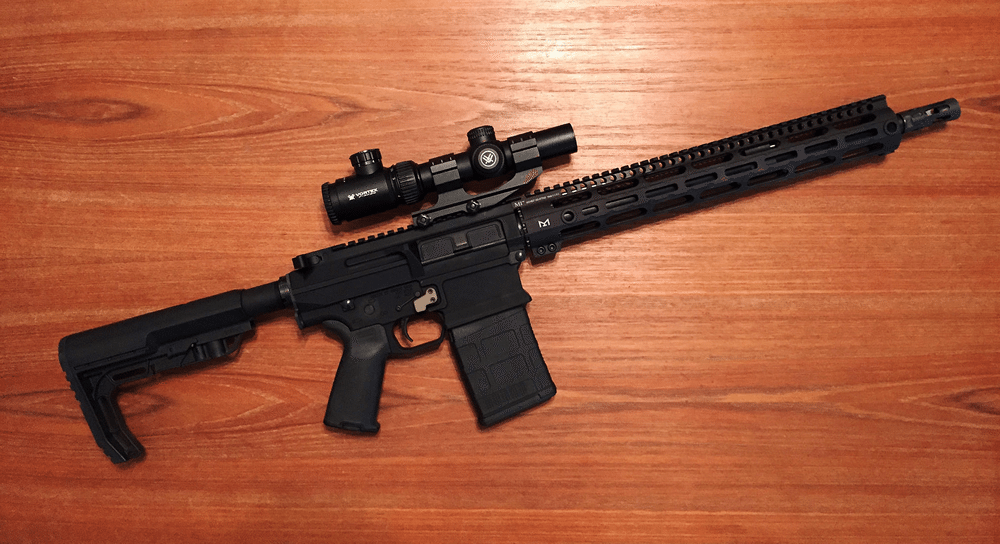 To the people of the United States, I say that I hope you are well resolved to your honor, your individual rights, and moral core. To the members of the three branches of the U.S. federal government, I say that you are warned, and not by me: our founders warned you 240 years ago what must happen should you fail in your sole charge. So for your own sakes, hold to your promise: uphold, preserve, and defend the Constitution of the United States, including the 2nd Amendment. Change your path and resume your only moral, Constitutional purpose to preserve and defend the individual rights of the people of the United States. Else, as our founding ideals—to which you solemnly swore—demand and declare, there will be fire and with it there will be hell to pay.